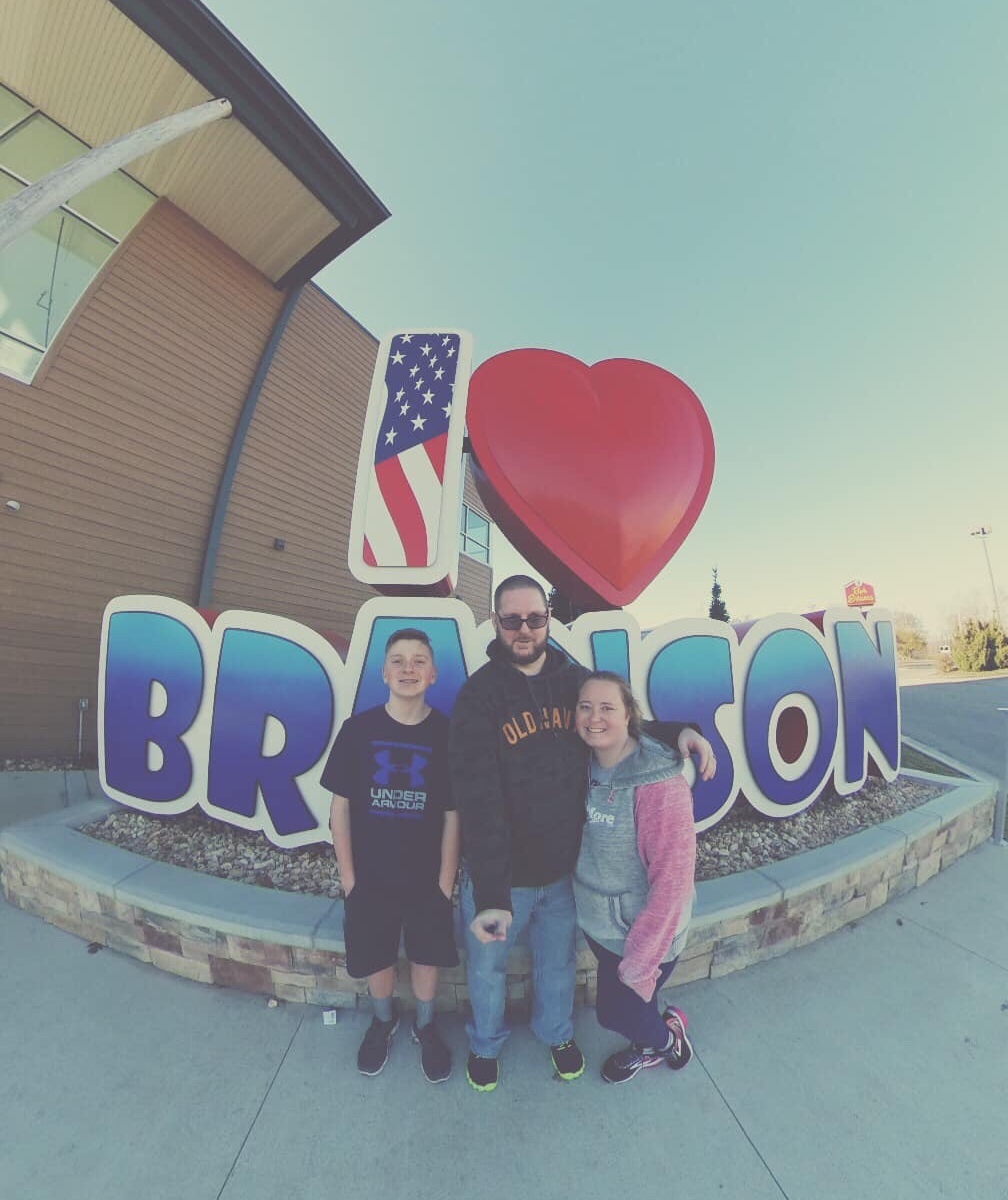 Over the past weekend we went to Branson for an extending weekend the first part of our son’s Spring Break at school. We left on Friday morning after his dad dropped him off. First stop was breakfast (MCD’s) and then we were on our way. I drove the first part and then my husband drove. I read and even took a nap. Its not a far drive right at 3.5-4 hours. Check in was not until around 3 so we stopped at Branson Landing first and walked around. We went in to some stores and had a late lunch at Joe’s Crab Shack it was delish! After that we went to our resort and checked in.

Frist stop was to go race some Go-Karts at Wild Woody! I must say I ALMOST kicked the boy’s butt’s! (haha!) Unfortunately there are no photo’s of me claiming first, so you will just have to take my word for it. It was a fun track and is all wood and it there were looped-d-loops!

Once we were finished there we went to Ripley’s Believe It or Not! That place was so neat! There was so much to see and do. At the very end there is a spot where you are supposed to walk across, but it looks like you are spinning and that you might fall over. At the end of the hallway there is a mirror that is spinning and it creates an unbalanced feeling.  Ethan went around it 2-3 times before I could even do it because I thought I was spinning and/or that I might fall.

After that we went to our resort relaxed and went to bed.

Saturday morning we woke up early and worked out. YES you read that right, we worked out! After that we showered and then we had breakfast and had to listen to Larry make a pitch about how we should be a timeshare…. HMMM… I keep on going back and forth on if we should do that.  We did NOT, but we did buy something that will allow us 1 more vacation and possible some getaways.

After that we went to the outlet mall.

Once we were finished shopping we had lunch at Drafts. Sometimes I have the hardest time picking out food. So luckily the person taking our order pretty much picked out my order and I am super happy he did because it was chicken nachos and they were so good!

After we were done eating we were going to go swimming, but the pool was closed because someone got sick in it. Ethan seems to have the worst luck with pools. (For one of his birthday’s we decided to do a pool party, but once the party started in the pool someone POOPED! So, of course they couldn’t swim.) So we decided to take a short nap before we head off to the show we plan on seeing.

We were on our way to see The Haygoods! They are very talented and we enjoyed the show very much! I want to go back and see their Christmas show! Take a close look at the photo’s as YES there is someone hanging upside down playing the guitar! I can barley clap to the beat, so when I hear and see talented people I just get all kinds of goosebumps!

Afterwards, we checked out a place for diner right next to the theater and it was pretty cool. They had a real jukebox and it was very vintage looking, inside and out. I loved the exterior. I think that’s what caught our eyes. I just went to the website so I could post it here and come to find out they even do shows there!! Jackie B. Goode’s Uptown Café; we will be back!

On Sunday we went to the Hollywood Wax Museum. I got to see my lover Justin Timberlake and we took photos with almost every celebrity in there. It was a really neat experience! Some of them look so real! They told us as we were walking in that you cannot touch them, but oh my the temptation of being told not to and wanting to was real for our 13 year old son and well maybe even for me too. 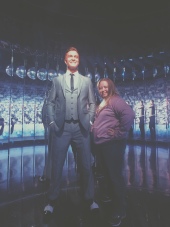 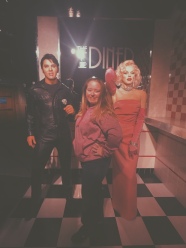 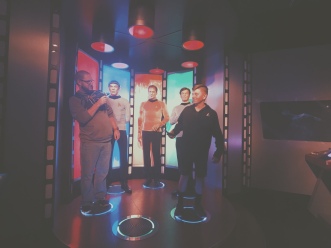 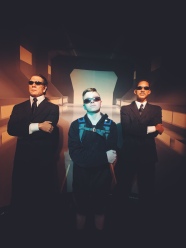 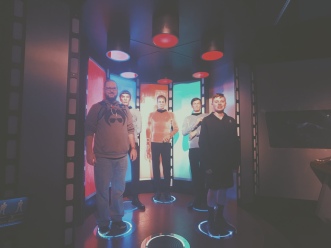 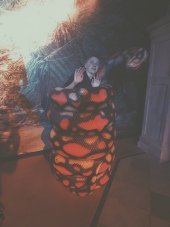 We played some mini golf after, then headed over to a mirror maze. I think we found the exit 3 times before we even realized it was the exit. I think that was the fun part of it. It was pretty fun! 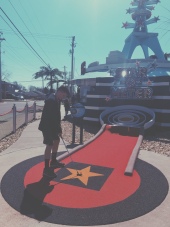 After that we went swimming and had a great time in the pool It was a little chilly, but once we got in we were good to go!

When we were finished there we went back to the Landing to see the water show that we heard so much about. Honestly, I liked it, but it wasn’t as spectator as some had said.

The next day Ethan and I went to a Fritz’ Adventure Park and it was really cool. Didn’t get any pictures of this, cause they wanted to charge us for a full priced ticket just to go down there.  Inside you could climb, go down slides, go underground, it was a blast. By the end I was sweaty and felt like I had a full work out done!

My awesome husband went and got Ethan a sword he was wanting from Ozarkland. He collects knifes and swords and stuff like that. Typical boy. We stopped at celebrity car museum on our way out that had cars outside that we wanted to see, maybe next time we will go inside the museum and see all of the cars.

On our way home, we stopped at Uranus Fudge Factory and ran into the besties. We didn’t even know they were there, so that was pretty cool.  It’s always good to run into them!

We had a great long weekend road trip and a fun time in Branson. Now to plan another trip… Where to go, where to go?!

Thank you for reading.

Randy, Ethan and I all went to dinner today and while we were there I told them that it is national selfie day and that we should take a photo. Let me just tell you my boys do not always enjoy taking photos. They even told me that a selfie is not with a group, it is with a single person so I needed to take the photo with just me in it! Yes

That got me to think… is that true? I just figure if the phone is facing in front of you and you are taking a photo of you and others then it’s a selfie! I decided to look it up to get the proper definition and this is what I found on dictionary.com: a photograph taken with a smartphone or other digital camera by a person who is also in the photograph, especially for posting on a social media website.

So, it doesn’t tell you how many people! Oh dear! What do you think?

Since the boys didn’t let me take a photo I grouped together some of my favorite selfies!

Thank you for reading!

Don’t forget to follow my blog and I would love to hear from you so comment away.❤️